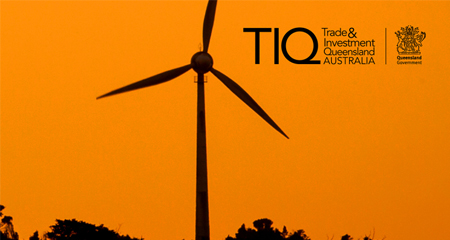 This article was written by Linda Apelt – Agent-General for Queensland in the United Kingdom, Commissioner Trade and Investment Queensland

After 8 months on the virtual road, I’m convinced that the green hydrogen project is one that will be undertaken not by countries in isolation but as a global endeavour that crosses borders.

I’m privileged in my role to be able to share the best of my home state (Queensland, Australia) with the world, through Trade and Investment Queensland’s Europe Office in London.

Lately, part of that has been sharing Queensland’s green hydrogen vision with like-minded groups and individuals across Europe.

Since March this year, we’ve ‘toured’ our virtual hydrogen roadshow across 5 European countries, and delivered it with the support of passionate advocates in each market:

The roadshow has reinforced my belief that green hydrogen is a global project. Here’s why.

1. Every visionary government wants to engage with green hydrogen

Hydrogen is a fuel that produces low to zero carbon emissions when burned – but the production of hydrogen has traditionally relied on fossil fuels. Reinventing the production process so that commercial quantities of hydrogen can be produced from renewable energy sources means we can create truly ‘green’ hydrogen.

Many governments around the world have reached this realisation and are actively pursuing green hydrogen agendas as they seek to decarbonise.

For example, in Asia, Japan is investing heavily in green hydrogen research and Korea has a hydrogen economy roadmap. In Europe, both the UK and EU have announced renewable energy policies and set targets for decarbonising, while Germany, Belgium, France and the Netherlands are all working on green hydrogen projects.

Australia’s National Hydrogen Strategy aims to position our national industry as a major player by 2030. And the Queensland Hydrogen Industry Strategy seeks to put Queensland at the forefront of Australia’s renewable hydrogen production for both domestic and export markets.

The international momentum around green hydrogen is building. With so many governments turning their attention to this issue, the trend is definitely global.

As is often the case in global trade (and despite the current challenges), different countries have different strengths and it is to everyone’s benefit to take advantage of these.

In Queensland, we are blessed with numerous natural advantages for the production of renewable hydrogen, including more than 300 sunny days each year and some of the world’s best locations for wind farms. We also have world-class hydrogen researchers and a number of green hydrogen pilot projects.

On the other hand, Europe offers large populations and an energy demand that is unlikely to be met by domestic production. It’s an ideal scenario to discuss how Queensland’s production can meet Europe’s need.

Europe may also offer technological advances that we can take advantage of. A case in point is an agreement recently reached between Australia and Germany – in fact, just before our German roadshow in September. Our governments have agreed to build up a supply chain in hydrogen produced from renewable energy. Australia is looking to collaborate on advanced manufacturing (eg electrolyser technology to support hydrogen production) and trade agreements, while Germany is looking to tap into Australian green hydrogen to help meet its future demand.

3. Together we can go further, faster

As the events of the COVID-19 pandemic have shown, global problems are best addressed with global collaboration, particularly in fields requiring scientific research. Green hydrogen research and pilots around the world can share their findings to advance our cause more quickly.

The Queensland Government and our universities are already supporting a number of green hydrogen projects in collaboration with overseas players, including major corporations like Japan’s Sumitomo Group.

And, of course, energy solutions are more likely to be effective when government, academia and industry work together.

I was delighted to see very strong industry representation at our virtual roadshows, including: