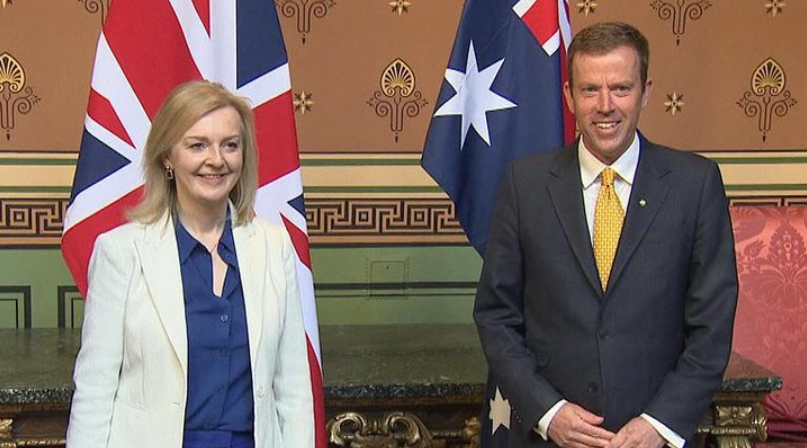 CWEIC’s new Australia-Pacific Director, Jeremy Mitchell, has written an Op-Ed for the Australian newspaper about the importance of Commonwealth trade as the UK’s Foreign Secretary Liz Truss arrives in the country for her first official visit.

The article “Commonwealth ties pave the way to growing prosperity” focusses on the great opportunities the Commonwealth association offers Australia and the Pacific region – particularly in these uncertain times.

“The Commonwealth family can also help Australia. Most would agree we are currently underdone in trade and investment terms in Africa, even though the content is earmarked for future economic growth and opportunity. Over the past decade, Africa has seen annual double-digit growth of inward foreign investment. Three out of four foreign-funded projects are in the services sector; Australia’s sweet spot.”

The full article can be viewed on The Australian website here or below.

When the British Foreign Secretary Liz Truss touches down in Australia for her first official visit this week, one of the topics for discussion will be the Commonwealth of Nations. For some, the Commonwealth is viewed as little more than a historical legacy. The idea it could provide a powerful platform for economic prosperity would attract derision. But the dynamics and diplomatic sensitivities of the global trade environment open the door to evaluating our relationship as Australia considers its place and options in a changing world.

As well as the historical links binding the Commonwealth, the 54 countries are tied together through well-established relationships, a common language, commitment to democratic principles and the rule of law. From a trade and investment point of view, the Commonwealth has a GDP approaching $13 trillion and a population of 2.4 billion, with almost two in every three people aged under 30. With a billion middle-class consumers, it outranks the buying power of the EU, US and China. One in every four dollars of the global pool of foreign direct investment is to the Commonwealth.

Far from a dwindling force, the Commonwealth’s economic credentials are set for continued growth, driven by 40 per cent of the global workforce and half of the top 20 global emerging cities. Australia is well placed to take advantage of the trade potential, having always been a significant player within the Commonwealth. Even the staunchest of Republicans baulk at the idea of removing Australia from the Commonwealth (in fact, 34 of the 54 Commonwealth members are republics).

Australia has long provided much-unseen support for the Commonwealth’s small states in training and enhancing their government institutions. One area we haven’t yet taken full advantage of is business-to-business linkages. While we have free trade agreements with some Commonwealth countries, we should take the opportunity to focus on a holistic look at the trade and investment opportunity. Others are. The UK, since leaving the EU, is focused on diversifying its trading footprint.

This is a good thing. It is active in making trade deals and using existing networks and organisations, including the Commonwealth, to achieve its goal. It’s not hard to understand why. Liz Truss has explained why the UK has pounced. “The Commonwealth is 54 countries built on shared values and supported by historical, cultural and sporting links,” she said. “The combination of these factors offers substantial benefits to trade and investment through the similarities in business, commercial and legislative practices, ultimately making it 21 per cent cheaper to do business across the Commonwealth.”

We can build on these simultaneously through the Commonwealth and help our Pacific nation family achieve what they also greatly desire: more investment and economic opportunities. In short, we need to use the political and historical advantages of the Commonwealth for mutual economic benefits. Australia understands the importance of multilateral engagement; we are active members of many organisations. But we don’t have the leverage and ability to shape these as we do with the Commonwealth. The Commonwealth family can also help Australia.

Most would agree we are currently underdone in trade and investment terms in Africa, even though the continent is earmarked for future economic growth and opportunity. Over the past decade, Africa has seen annual doubledigit growth of inward foreign investment. Three out of four foreign-funded projects in Africa are in the services sector, Australia’s sweet spot. Yet outside of mining, Australia’s footprint in the region remains relatively small.

The global competition in increasing trade and investment outcomes for a post-pandemic recovery brings new importance to this 70-year-old institution. Australia has a unique opportunity in leading and shaping this energised focus for the Commonwealth. The political networks are already there, the common language and rules-based approach already provide cheaper and safer investment and trade opportunities.

Australia can stand as the driver of the next chapter for the Commonwealth as we look to not only champion free trade but help tackle shared global challenges. Governments can’t do this without help. MOUs are significant, but the real benefits are not achieved until businesses act.

As businesses adjust strategies and search for safe, trusted supply chains and investment opportunities in a post-pandemic world, the Commonwealth offers a growth pipeline in these challenging times to do just that.

Jeremy Mitchell is the Pacific director of the Commonwealth Enterprise & Investment Council. He previously worked as an adviser in the Howard and Blair governments.