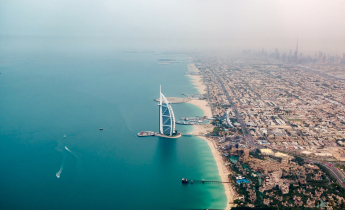 The United Arab Emirates (UAE) is a federation of seven states that has grown from a quiet backwater to one of the Middle East’s most important economic centres. Although traditionally conservative and authoritarian in government, the UAE is one of the most liberal countries in the Gulf, with other cultures and beliefs generally tolerated. Before oil was discovered in the 1950s the UAE’s economy was dependent on fishing and a declining pearl industry. But since oil exports began in 1962, the country’s society and economy have been transformed. The UAE has diversified and has become a regional trading and tourism hub. UAE firms have invested heavily abroad.