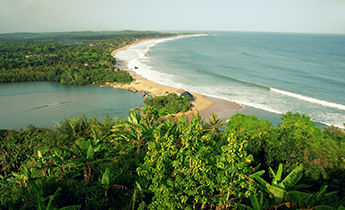 Ghana was the first sub – Saharan country in Africa to gain independence. It is a stable and vibrant democracy that boasts one of the largest and most advanced markets in the region. Described by the IMF as one of the ‘planet’s star economies’, which has consistently ranked within the top 10 fastest growing economies globally, Ghana is one of the world’s largest cocoa producers and one of the largest exporters of gold in the world.

Ghana is a leading and active member of regional multilateral organisations such as ECOWAS and the African Union, whose Secretariat for Continental Free Trade (AfCFTA) is headquartered in its capital, Accra. It allows 100% foreign ownership of businesses (with capital requirements) and has free zones where goods traded with other countries are exempt from customs duties. Ghana’s population is 29.6 million and increasing by 2.1% per year (FCO, 2019). Its middle class is small, but growing.

Ghana’s government has set out a forward-looking plan for industrialisation and economic diversification. This includes stimulating private sector investment in key manufacturing sectors, infrastructure and mining. Increased oil and gas exploration and production is also helping to boost the economy.