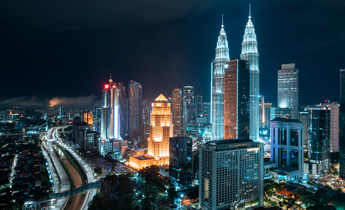 Since gaining independence in 1957, Malaysia has successfully diversified its economy from one that was initially agriculture and commodity-based, to one that now plays host to robust manufacturing and service sectors, which have propelled the country to become a leading exporter of electrical appliances, electronic parts and components.

Malaysia is one of the most open economies in the world with a trade to GDP ratio averaging over 130% since 2010. Openness to trade and investment has been instrumental in employment creation and income growth, with about 40% of jobs in Malaysia linked to export activities. After the Asian financial crisis of 1997-1998, Malaysia’s economy has been on an upward trajectory, averaging growth of 5.4% since 2010, and is expected to achieve its transition from an upper middle-income economy to a high-income economy by 2024.