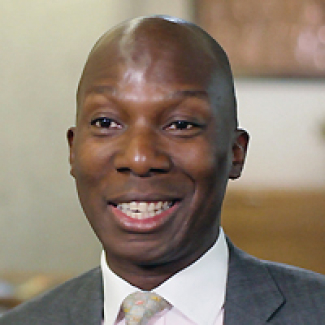 Mr Soyoye, a Nigerian national, is a co-founder and Managing Partner of Helios and has 22 years of principal investment experience. Prior to forming Helios, he was a principal at TPG Capital in London responsible for telecommunications and media investments across Europe.

Before joining TPG, Mr Soyoye was a senior member of the corporate strategy team at British Telecom and a manager of business development at Singapore Telecom International. He has played a key role in the execution of over $7 billion completed investments across Africa, Europe, Asia and North America. He has also served as an Executive Consultant to Actis West Africa, an emerging market private equity fund.

Mr Soyoye serves on the Board of Directors of Interswitch and TPAY Mobile FZ-LLC. He has previously served on the Board of Directors of PSPLS, Nigeria’s Privatisation Share Purchase Loan Scheme, among others; and currently serves as a Director of Guaranty Trust Bank, HTN Towers (a former Helios portfolio company). Mr Soyoye sits on the board of trustees of Save the Children UK. He was also a member of the LSE-University of Oxford Commission on State Fragility, Growth and Development, chaired by former UK Prime Minister David Cameron. Mr Soyoye received a BEng in Engineering and an MBA from the University of London (Kings & Imperial College). He is a fluent Yoruba speaker.