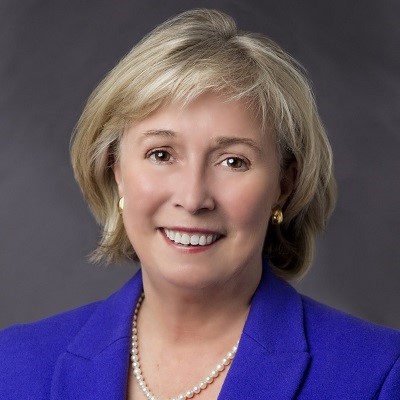 Pamela O’Leary has spent her career in a variety of roles at KPMG, a leading multinational professional services network.  She is a Fellow of the Institute of Chartered Accountant and has held senior positions in KPMG both in the UK and globally.  She has also performed a number of senior external roles in industry relating to finance including the BBC, London Transport and National Power.

Pamela is passionate about the Commonwealth and has worked throughout the majority of her career in various forms promoting and encouraging the building of connections internationally.  She has lived and worked in a number of Commonwealth countries including four years in India where she was a member of the leadership team covering India and South Asia. She was founder and former Chairman of the Mumbai chapter of British Business Group, an organisation fostering trade and understanding between India and the UK.

Her most recent role was Global COO of KPMG’s Energy and Natural Resources practice and she also has a wide breadth of experience across different sectors, industries and functions.

Pamela lives between the UK and Sri Lanka and is a graduate of Trinity College in Dublin.