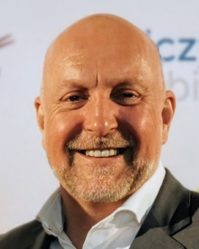 Jeremy Mitchell is the Australia – Pacific Director of the Commonwealth Enterprise & Investment Council. He has worked as an Adviser to Government in Australia and the United Kingdom. Jeremy worked as an adviser in the Howard Government in Australia and the Blair Government in Britain. He was the Head of Public Affairs for the Australian High Commission in London. Over the past 14 years, Jeremy has been a senior executive in several multinational corporations. He brings a unique understanding of business and Government and the highest levels. Jeremy was an Australian representative at the first Commonwealth Youth Parliament held in Manchester in 1997. Jeremy is a Councilor on the Queensland Futures Institute (QFI) a peak business & government think tank, Leaders Council and serves as Vice-President of the QFI’s Corporate Affairs Committee.