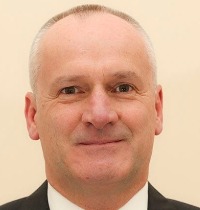 Lieutenant General Davis has a distinguished record of public service having served as a senior Royal Marines Officer before being appointed as Her Majesty’s Representative for Gibraltar from 2016-2020.

As Governor, he was responsible, in partnership with the Elected Head of Government, for Gibraltar’s Foreign Affairs, Defence and Internal Security.  He also supported the Government of Gibraltar in their negotiations for the development of Gibraltar’s future legal, financial, regulatory and digital framework for the Jurisdiction’s overarching political and socio-economic relationship with the UK, EU and non-EU countries after the UK’s exit from the EU.

Lieutenant General Davis is also Vice President of the Naval Children’s Fund Charity; Chair of the Entain Foundation; Trustee of the White Ensign Association Charity; Ambassador for the Bowra Foundation Charity and a Liveryman of the Worshipful Company of Plaisterers in London.