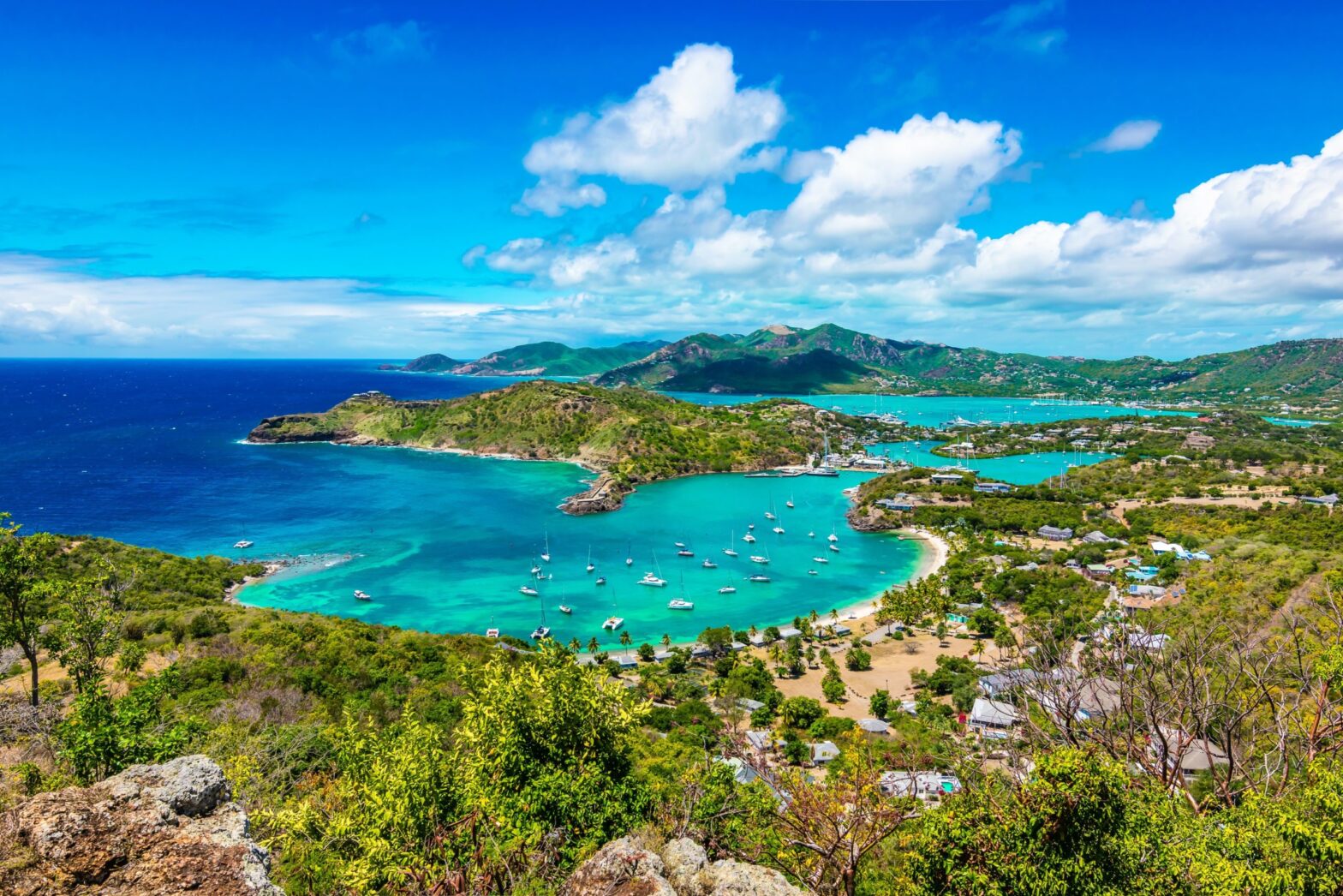 The Prime Minister of Antigua and Barbuda, the Hon. Gaston Browne, today hosted a virtual signing ceremony with CWEIC Chair Lord Marland for an MOU with the Association of Commonwealth Universities to progress the establishment of a Centre of Excellence for Oceanography and the Blue Economy at the Five Islands Campus in the Capital, St John’s.

The Centre will aim to advance intellectual progress and strengthen institutional capacity in the areas of marine science and the blue economy while benefitting from the societal, economic and environmental opportunities for the Caribbean within this emerging sector.

Antigua and Barbuda, as well as the Caribbean region, stand to benefit from an emerging industry worth USD$2.5 trillion globally through the sustainable diversification of the economy into areas such as aquaculture, marine renewable energy, biotechnology and sea vegetable farming. As a ‘large ocean state’, Antigua and Barbuda has been active in key blue economy initiatives, including co-championing the Commonwealth Blue Charter’s Sustainable Blue Economy Action Group, which encourages better stewardship of ‘blue resources’.

“I’d like to commend Antigua and Barbuda for showing great leadership for the Caribbean region in developing this Centre of Excellence because in time, it will attract greater investment into the country, generate employment and diversify the economy to complement the tourism industry which has been badly hit by Covid and continues to be affected by climate change.”

The Honourable Gaston Browne, Prime Minister of Antigua and Barbuda said: “The UWI Five Islands Campus is an investment in the youth of Antigua and Barbuda and the Eastern Caribbean. My Government’s support for this Centre of Excellence for Oceanography and the Blue Economy is predicated on our vision to provide easier access to quality training and new knowledge at a tertiary level for our people. Its realisation will require our collective ingenuity and commitment to identify and secure the necessary resources to advance this important ambition. I therefore invite all present today to partner with us in a tangible and efficacious manner to establish this Centre in short order”.

This vision builds on The University of the West of Indies’ wider reputation as a leading institution leading climate action. The UWI’s advocacy on the SDGs and the 2030 development agenda have received global acknowledgement.

Professor Sir Hilary Beckles, Vice-Chancellor of The University of the West Indies said: “We are an activist university, tackling all of the big challenges facing our region, and committed to serving the development needs of our people. Expectedly therefore, The UWI has been at the forefront of teaching, research and advocacy on sustainable development and climate action in the Caribbean for many decades. Our years of significant contributions have earned us recognition as the global leader in the mobilisation of research and advocacy for a climate smart world. It is a designation we have proudly accepted with a deep sense of commitment. In furtherance of that commitment, we embrace this opportunity to mobilise our expertise as we work alongside our governments and partners in this area of critical importance to the sustainability and competitiveness of the Caribbean.”

As the oldest university network in the world, dedicated to making the world a better place through cooperation in higher education, the Association of Commonwealth Universities is uniquely placed to leverage its international academic networks in support of this vision.

“None of the Sustainable Development Goals can be achieved without higher education. The Government of Antigua and Barbuda’s vision to develop a Centre of Excellence in Oceanography and the Blue Economy at The UWI Five Islands campus is a key example of this, and we welcome the Government putting higher education at the heart of their approach.  Today lays the groundwork for the Association of Commonwealth Universities to support success, by convening universities from across the Commonwealth and developing the networks and collaborations which underpin research-led solutions.”

The ceremony included remarks from Professor Densil Williams, Pro Vice-Chancellor and Campus Principal of The UWI Five Islands Campus who outlined the vision for the expansion of the campus. He said: “A Centre for the Blue Economy will be a big step in diversifying the economies of the region as we look for new growth poles to drive sustained and equitable growth. The traditional sectors of commodities and low value services will not be able to deliver the kind of growth needed to lift more persons out of poverty and allow our citizens to live a decent life. The Blue economy on the other hand, has vast potential to generate mass employment given its proclivity to scale.”

The Government of Antigua and Barbuda named the Honourable Dean Jonas as its first Minister of the Blue Economy. Minister Jonas continues to chair an International Steering Committee whose mandate is to provide the direction to unlock the resources for the successful establishment of the Centre. Minister Jonas sees Antigua and Barbuda as well positioned to move this programme forward and will be sharing key updates as the process of establishment develops. Dr Stacy Richards-Kennedy, Director of the Office of Global Partnerships and Sustainable Futures in the Office of the Vice-Chancellor of The UWI’s St. Augustine Campus co-chairs this International Steering Committee.